Since we are knee-deep in the winter months, we are thinking a lot about heating oil. Although this is becoming less and less common these days, as most heat now is generated by electricity, propane or natural gas, there are still major environmental hazards related to heating oil, specifically the storage tanks, underground and aboveground.

When it comes to these tanks, the biggest issue is accidental releases when they are being filled. Depending on the size of the tank, “refills” could occur monthly or quarterly and take 30 minutes or longer.

There are ways to minimize environmental issues related to these storage tanks. And it’s always a good idea to have insurance to cover you financially in case of accidental releases.

The heating oil company truck arrives on site to fill up your tank. Maybe the driver has been coming to your place for years… maybe it’s someone new. You never know. In any case, we always recommend that a representative from your facility be present during the entire filling operation.

How do you stop the guy in the truck from just showing up and starting the filling operation? In a big facility that could be tough. The easy solution is to install a lockable fill port, then put up a sign to call a particular number to obtain the key. You’re the one with the key. While you’re at it, put up a sign that clearly identifies the fill port, especially if you have other items near your tank that could be mistaken for the fill port – like monitoring wells, vents, etc.

That new guy could be unfamiliar with your tank and may hook up to the wrong “connection”. They might not know which is the fill port, the inspection port, or a vent. That’s bad news, and precisely why you need to be there.

Even someone experienced with your facility could make mistakes. The person filling the tank could get distracted and the tank overfilled, or some material was released when the fill hose was disconnected from your tank. Maybe it’s less than a gallon released onto the gravel you have around the tank. A short time later, it’s not even noticeable. The driver doesn’t want to get in trouble and figures it’s no big deal, so he doesn’t report it to you.

If that happens during every filling event, you could be looking at a cumulatively large release over time. That’s why these relatively minor spills should be one of your largest concerns. A site inspection, even years later, could find contamination, and you’d be very confused because your records would show no substantial accidental releases from that tank. It’s these numerous minor spills that eventually add up to a significant issue.

For underground heating oil storage tanks, a major liability often arises because the facility manager or property owner had no idea that they existed. The facility had used USTs in the past and they may not have been properly closed out. No one that currently works at the facility is aware of these historical tanks. The records and knowledge of previous workers at the site who were aware of the tanks were not properly documented and maintained. Guess who finds the tanks years, even decades later and then has to deal with any issues?

Or, they knew there were tanks at the facility but had no idea of their condition. It’s like one case we ran into where our client was removing a tank because they were getting a natural gas line hookup. The tank system consisted of a double-walled tank with interstitial monitoring devices.  They never detected any releases from the tank when it was in operation, so they were not expecting any issues during the tank removal process. When they first started taking the tank out, they removed the soil covering the top of the tank. Immediately, it smelled like heating oil.

They also noticed a substantial amount of oily soil around the fill pipe that extended down onto the top of the tank exterior and down along its sides. What had happened was that multiple minor spills had occurred during filling events over the years and oil had flowed from the ground surface near the fill port and down around the curved sides of the tank. This resulted in the need to conduct soil remediation during the tank removal. Luckily, groundwater had not been impacted. Otherwise, the remediation effort would have been even more costly.

It just goes to show that you can have all the monitoring in the world for the tank, but you still need a representative watching every time a tank is refilled.

The proper procedure for storage tank leaks and overfills (not just for heating oil, by the way) depends on the regulations and policy where you are located. In general, there is a requirement to report the release to the appropriate regulator, either immediately or within a specified period of time in some cases. What size spill qualifies? It does vary somewhat – and the type of material also matters. But in general, we’ve found that in most states, any amount is reportable.

Typically, the regulator then notifies local agencies, who respond to the site if necessary. Usually, it’s only in the case of significant spills. But it’s always important to report them, so you don’t get questions later if contamination is found.

If you have any storage tanks on your property, whether heating oil tanks, fuel tanks for backup generators, or tanks for material storage, you have to get up to speed on the regulations in your area so that you can act accordingly. Aside from that, it’s a good idea to also have on hand the contact information for a spill response company that can come in for quick cleanups should a release occur.

Often, you’ll have the company under contract, but you don’t pay until you use their services.

In case of a reportable release, call the appropriate regulator to report the release and call a specialized contractor to contain the release, control it, and eliminate the issue.

Some oil delivery companies do have their own response company on call to come and take care of these issues – as they should. But a facility manager needs to be kept in the loop, so they know the spill is being taken care of in a timely manner. That’s why it’s often recommended that the property have its own spill response company under contract, just in case.

With the proper precautions, tank filling operations can be something you simply monitor effectively and don’t cause you any stress. If you have concerns about your current filling procedures, if you’re not sure how to put a spill response plan in place, or you want someone to take a closer look at older tanks you have on your property, please contact me, Mark Roman, at 609-208-1885 or via email at markroman@envisionenvironmental.com. 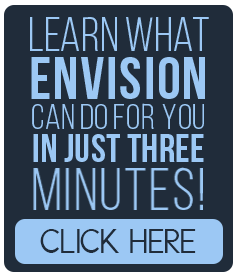